Towards the end of the last millennium I felt the need to do something that would mark the event in a way that was lasting and had meaning.  The idea I came up with was to surround the parish with stones and to write a poem that would be engraved onto them – only two words each and with the first letter of each word making a statement in its own right.  The problem was how to do it – the answer was to write to the parish council – which I did but time went by and I heard nothing.

I was then asked to attend a meeting where I was told that the idea had been liked and could be part of the celebrations – along with some other things such as the wonderful tapestry that now is framed within the village hall. What followed was months of meetings and actions and developments that involved an increasing number of great people – some, sadly, no longer with us.

As the years passed by I decided to rewrite the story alongs another, very different story.  This is can be found by following this link or by looking on the publications page.Publications 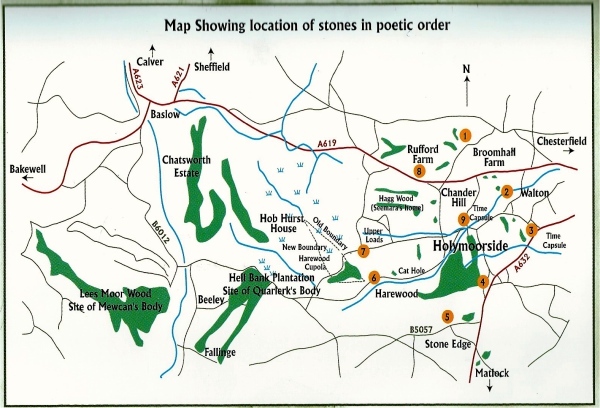